Conor McGregor is an astute businessman that leveraged his brand’s exclusivity into millions of dollars. By knowing a lot of values can potentially reside in an IP, he gained more than a dozen of federal Trademark registrations. But his Trademark journey has not always been easy.

It was said that the gloves are off between the UFC Fighter, and the Dutch-based Clothing firm called McGregor IP B.V. over the Trademark battle.

In the opposition to the UFC fighter, the Dutch firm argues the likelihood of confusion might have arisen and clashes between “McGregor” and “Conor McGregor”.

However, in a submission to the European Union Intellectual Property Office (EUIPO), the IP expert counterclaims that the addition of the word “Conor” already distinguishes the respective trademark, such that there would be no likelihood of confusion. The IP expert also argues that the scope of the protection afforded by the earlier rights of the Dutch firm cannot be used to prevent the registration of trademarks continuing the surname McGregor.

The IP expert also added that the decision made by McGregor’s opposition as “should be rejected in its entirety” and the EU office should proceed to register the Conor McGregor trademark. The submission stated that “to hold otherwise would, in our submission, provide a greater monopoly to those markets than that to which they are entitled”.The IP expert contends that “the mere fact that respective trademarks share an element in common is not sufficient to hold a likelihood of confusion”. It argues that “there is no case law to support such a position”.

Since the Trademark jurisdiction policy in the United Kingdom is based on “first to file”, nothing that Conor McGregor can do to call off the Trademark. While it might seem a little too late for him to earn “Conor McGregor” as a Trademark for the MSEL, it’s always the right thing to do to not simply give up.

There are a few key takeaways that we may draw based on Conor McGregor’s prudent actions in this situation.

When it comes to all sorts of complex matters, the first thing IP owners should do is seek professional advice from an IP expert. Time is money, especially legal time. Their solid grounding and understanding of how IP works for business will help to maximize the time while cutting out unnecessary steps. IP owners can get straight to the crux of the issue and its potential resolutions while saving costs in the long run.

At this point, it becomes apparent how protecting your brand, should be the utmost priority before anything else. Just like in the real fighting cage, Conor McGregor never gives up. This is one thing entrepreneurs need to realize when it comes to protecting their IP. Either preventing it from copycat or leveraging it into another source of revenue, IP stretches the entirety of the brand which makes it essential to protect it at all costs. Just like Conor McGregor, after being opposed twice, the UFC fighter has once again launched a bid to secure his name as a brand in the European Union.

Although we do not know what we might not know about IP, at least understanding the basic importance of IP is fundamental. Here is when hiring experts becomes important to optimize your IP while providing a safe way out at any stake. Just look at how Conor McGregor did. By knowing a lot of values may potentially reside in an IP, he successfully turned his brand’s exclusivity into millions of dollars even though his Trademark journey has not always been easy.

Previously, the Dublin-based Ultimate Fighting Championship (UFC) fighter has successfully obtained federal Trademark protection for “Double Champ”, “Champ Champ”, and “The Champ Champ” which have so far been primarily utilized for clothing and athletic gear. He also has filed Trademark protection for “The Notorious”, “Machattan” and “Conor McGregor” for multiple uses, such as aftershave, exercise coaching, calendars, restaurants, and hairdressing services.

For IP owners that currently facing invalidity claims, infringement, or to claim the invalidation, fret not, we may offer a hand to assist you in every stretch of your intellectual property.

This article is brought to you by Exy Intellectual Property Singapore and Malaysia. 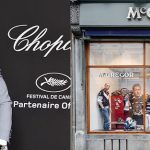