Patents in the Sports Industry 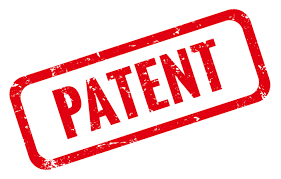 Patents play a key role in the development of the sports industry. The many patented innovations in the sports industry have allowed the industry to thrive and flourish, making it far more marketable to the masses in the process. In recent years, more sports patents have been granted than ever before.

Sports patents have been of benefit for participants at both the casual and professional levels as well as viewers. Those who take part in sports of any sort are more able to excel in their respective sports with the aid of patented inventions. Those who prefer to watch professional sports, meanwhile, benefit from an improved viewing experience through patented sports innovations.

Like all other patents, sports patents drive an innovation cycle. They spur the development and commercialization of their related sports, making the sports industry more profitable for sports brands. The more commercialized the patented sports inventions, the more available they are in the marketplace. Anyone who participates in sports at any level can make use of them.

Patented sports inventions promote participants’ safety while also elevating athletic performance. These patented inventions include sports equipment such as boards, balls, or gloves; sports technology, fitness solutions including data analytics tools related to sports; and even inventions related to sports-related predictions for bettors and gamblers. It is even possible to patent a particular technique used to succeed in a certain sport.

Patents and the Sporting Landscape

It is possible to track how the sporting landscape has developed and evolved through patents. By tracking the history of sports patents, one can clearly see that the sports equipment of today is more conducive to elevated sports performance than was the equipment of decades ago. When new sports records are broken or milestones are achieved, they are almost always aided by the influence of sports innovations which have received patents. Consider a swimmer whose highly aerodynamic swimsuit leads to the world record being broken, a runner whose specially-designed sports shoes help win a gold medal, or even a football goalkeeper’s gloves which provide a significant increase in grip, making them much more effective at preventing strikers from scoring goals.

The number of sports patent applications can sometimes correlate with the popularity of sports around the world. According to the latest statistics, the majority of sports patents are for balls and equipment for sports using them such as football, basketball, rugby, cricket, and baseball.

Patents for gym equipment form the second-largest group. These are followed by patented inventions related to swimming, with those for rock climbing and mountaineering being the fourth-largest set of patents. Such figures often reflect the general level of public participation in the sports in question; they might provide a snapshot of society’s athletic interests at any given time.

How Patents Have Impacted Professional Sports

Certain patented innovations have had significant impacts on professional sports. Examples of these patented inventions include camera systems and instant video replay systems. Due to the existence of these systems, professional athletes who dispute a refereeing decision are more able to do so. Should they claim that a decision made is incorrect, the technology will be used to determine if the referee’s initial decision will stand.

Certain patented sports inventions have proven to be so effective that they have been outlawed in their sports. These items provide competitors with an excessive advantage, undercutting the competitive aspect of sports. Examples of such items include Nike’s VaporFly running shoes and Speedo’s LZR Racer swimsuits which both caused world records to be broken at unprecedented rates. Those who file patents for inventions to be used by professional athletes must be aware of this possibility.

Due to the possibility of their abuse for anti-competitive purposes, patent offices sometimes place restrictions on sports patents. If an athlete or team were to patent an item which has not been authorized by sports authorities, the athlete or team in question would benefit from an excessive competitive advantage because others would be unsure of its legality within the sport. This advantage would violate the concept of fair competition in sports.

Sports leagues and tournaments could also use patents to claim a disproportionate revenue share of the market by inhibiting future competition and creating effective monopolies. This is because these patents could be used to prevent the establishment of leagues and tournaments which would serve as direct competitors. The entities which claimed the patent might abuse their larger market share by colluding and forming a “cartel” to deny would-be competitors the right to establish viable alternatives.

Therefore, patent offices are often stricter than usual with regard to the scope and enforceability of sports patents. Examinations conducted for sports-related patents tend to be stringent. Some intellectual property courts even limit the coverage of sports patents in relevant cases. These limitations must be enforced for the overall good of the sports industry. 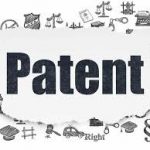 Patents in the Automotive Industry 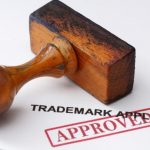 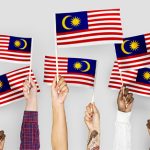 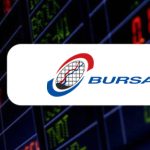